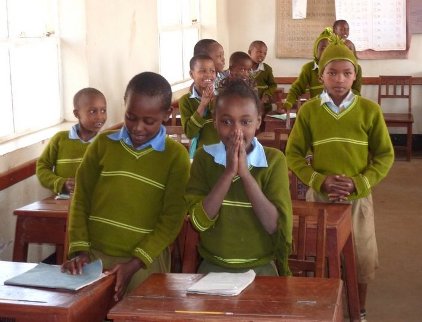 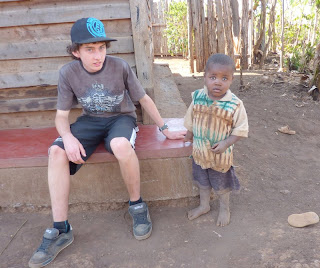 What I thought that we’d see in Africa was dusty roads and lots of people living in poverty. But when I got there, I realised I’d totally underestimated the scale of it all. These are some of the experiences that moved me while we were away.
In Tarakea, it was obvious that people didn’t have enough food and clean drinking water. At the orphans’ homes, they had a big barrel of water that they had to walk several kilometres to fill up each day. The people we saw filling the containers surprisingly were the younger kids – some of them were even smaller than Joe. One of the orphans we visited was asked what he had for lunch. He told us he only had a fistful of corn all day.

The orphan’s story that moved me the most was a 19 year old boy. Both of his parents died 6 years ago and his brother the year after. He also showed us his family’s graves, which were only about 10metres away from his house. The reason his story moved me the most is that I am the same age that he was when his parents died and I could imagine myself in the same situation.
After we’d visited the orphans at their homes, we realised how far they would have to walk to school each day. Some of the kids had to walk 7 kilometres to school at the start of the day and 7 kilometres back home at the end. But when they got home they were still motivated to do their homework and study, because they know that education is the only way for them to get further in life and have a better standard of living.
Since we’ve come back home, when I go to get a glass of water, I think to myself people over there might have to walk several kilometres just to get a drink. Whenever I go to get an apple for a snack, I think to myself that this might be all they’d have for lunch. When I finish school I’d like to go back to see some of these people again and aid them in whatever way is possible for me. These experiences in Africa will stay with me forever.
Tom